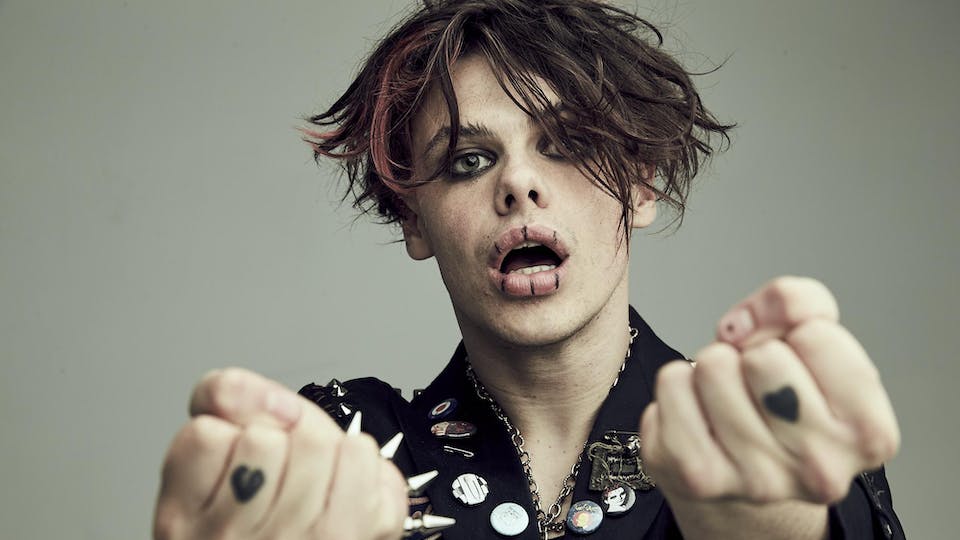 iCal
Google
Yungblud with support from Missio live at the Marathon Music Works! 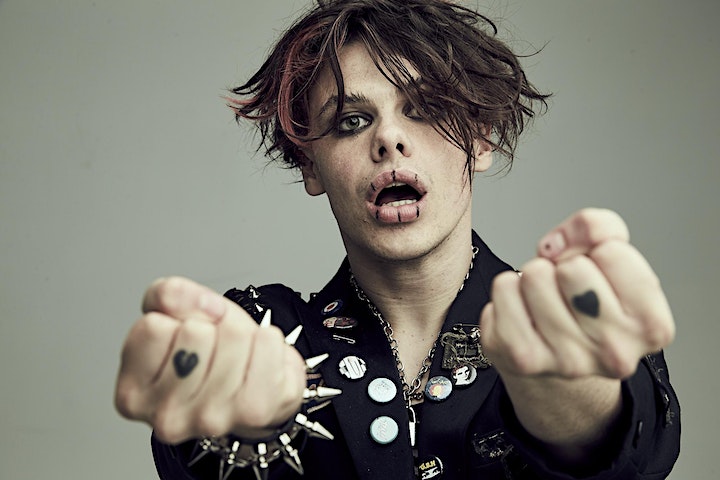 Yungblud is the hip-hop-influenced rock outfit created by musician Dominic Harrison. Born in Yorkshire, England, the singer/songwriter was raised in a musical family. His father was a vintage guitar dealer and his grandfather played with T. Rex. Influenced by Bob Dylan, the Clash, and the Beatles, he played guitar and sang from a young age. In 2017, when he was 19, he issued his debut single, "King Charles," a genre-blending protest song that fell somewhere between early Arctic Monkeys, Jamie T, and Rat Boy. He followed with the song "I Love You, Will You Marry Me," which incorporated some dub and grime elements. A major-label deal with Geffen yielded Yungblud's first collection, an eponymous 2018 EP that included his first two singles alongside three new tracks. His debut full-length, 21st Century Liability, appeared in May of that year and made a solid chart showing in Australia and Belgium. Yungblud returned in the early part of 2019 with "Loner" and "11 Minutes," the latter of which was a collaboration with Halsey and Travis Barker. 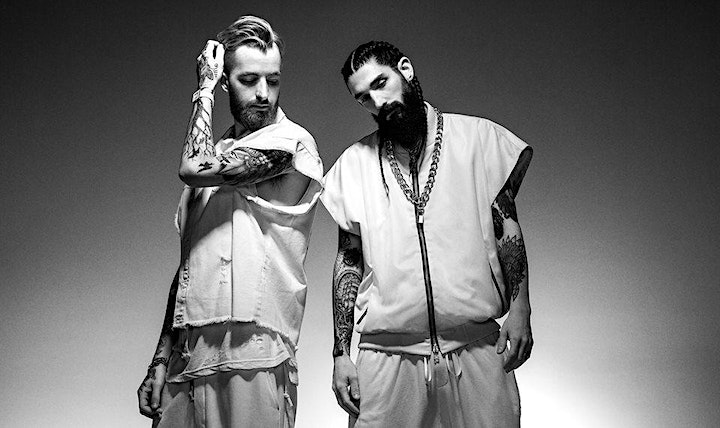 Countless hours of conversation between best friends, two weeks at a “ghostlike” desert ranch a stone’s throw from the Mexican border, and dozens of personal “firsts” after 18 months on the road inform, impact, and incite the songs on MISSIO’s 2019 opus, The Darker The Weather, The Better The Man [RCA Records]. Across the album, the bearded Austin, TX duo of Matthew Brue and David Butler siphon soulful alternative from an off-kilter symphony of analog synths, glitchy beats, and sinewy pop dissonance.

At the same time, they find strength amidst life’s storms as evidenced by the title and the collection’s overarching theme.

“We were driving through East Washington,” recalls Matthew. “It was snowy, beautiful, and really quiet. Those words, ‘The Darker The Weather, The Better The Man’ came into my mind. Being an artist, I feel like that’s where my psyche is a lot of the time. For some reason, I believed the more struggles I had personally, the better my art was. In retrospect, I know it’s bullshit. Regardless, it was the first song we wrote.”

“We’ve all had a moment where we go through something gut-wrenching,” David elaborates. “When you’re in it, you can’t see past the darkness within the experience. If you’re able to get through to the other side, you can confidently realize your growth. The lowest times are the most impactful and truly make us better in the best way.”

The preceding two years played out like a rollercoaster for the pair. Their 2017 full-length debut, Loner, yielded a string of fan-favorite singles. In under a year, “Bottom of the Deep Blue Sea” clocked upwards of 16 million Spotify streams as “Everybody Gets High” and the breakout “Middle Fingers” both surpassed the 11 million mark. The latter topped the “Alt-18 Countdown” on Sirius XM’s Alt Nation in addition to going Top 10 on the Billboard Alternative Songs chart and Top 20 on Mainstream Rock Songs, Hot Rock Songs, and Rock Airplay Charts. Beyond supporting the likes of Nothing But Thieves and Blue October, the band launched its highly successful headliner, The Loner Tour. Additionally, the cinematic video for “Can I Exist” scored “Best Music Video” at the Urbanworld Film Festival presented by REVOLT in partnership with HBO. Meanwhile, they performed on Conan and attracted praise from the likes of Rolling Stone.

In order to kick off their next musical chapter, the guys decided to go somewhere “void of distraction to remove all external factors of comfort.” So, they retreated to Sonic Ranch Studios in El Paso, TX.

Amidst 10,000 acres of pecan trees, they embraced the solitude.

“It’s a mysterious, rad place,” David goes on. “There’s nothing out there but desert. It was the first time we had gotten out of our home studio and recorded in a new spot with a new mindset. The location really set the tone for much of what you hear.”

“It was also the first time I had been somewhere super silent in a long time,” adds Matthew. “To be able to clear our heads helped establish what our second record turned into.”

Expanding the sonic palette, the musicians incorporated more analog synths and textures. They even built the capability to trigger eight or nine vintage synths from one keyboard. At the same time, Matthew pushed the envelope lyrically as “the first record was hook-y, but we wanted to elaborate more.”

“We really opened ourselves up to talking about lots of different experiences,” admits David. “The last year was crazy. We both had fortunate and unfortunate firsts, because of weird family shit and weird life shit. When you spend so much time on the road, your life gets turned upside down. As awesome as it was to sign our first record deal and go on our first tour, it was challenging. We were both in a different place mentally this time. I was having the most extreme highs playing shows nightly and watching MISSIO grow. Then, you come home and sit with your feelings. Anxiety sets in. Songwriting is only one- hundredth of what we do. We talk for hours like straight-up therapy. We literally go through everything together.”

“One of the reasons we work so well together is because we have conversations daily,” agrees Matthew. “Even if we’re in a bad mood, we’ll sit down and talk through it for 45 minutes. That plays into where the songs go.”

Among many highlights, “I See You” represents a gateway into the album by way of the group’s artful composition, rich production, and undeniable vocal delivery. A personal favorite of the boys, the first official single transmits an empowering message in its chorus, “I hope that you will see yourself the way that I see you.”

MISSIO initially teased the album with “Rad Drugz”—also indicative of their progression. Driven by hummable keys and thick percussion, the track unfurls towards an intoxicatingly catchy call-and- response, “Your mama does drugs, your daddy does drugs, everybody does drugs,” punctuated by the falsetto “Can’t get enough.” Within a month, it notched 1 million streams on Spotify and would serve as the name for the group’s 2019 headline Rad Drugz Tour.

“We’re not celebrating drugs at all,” Matthew clarifies. “What we’re saying is very true; anyone who has ever tried drugs knows that they are fucking rad, but that only lasts for such a short time before they start destroying every aspect of your life. We want to cause conversation. It doesn’t only apply to drugs in the traditional sense. Every single person on this planet is addicted to something, whether it’s NETFLIX, coffee, opiates, or your fucking phone. We’re initiating an open dialog.”

Funked-up bass throbs beneath propulsive percussion on the energetic “P.O.L.I.T.I.C.S.” before dropping into a hyper-charged chant. The Wind and The Wave lend tender emotionality to the lovelorn ballad “Do You Still Love Me Like You Used To?” as Paul Wall and Kota The Friend ignite cameos on the fiery “Temple Priest,” culminating on the proclamation, “That’s why they call me temple priest, motherfucker!” Moreover, “Underground” bobs and weaves between a bouncy beat and soaring refrain.

In the end, The Darker The Weather, The Better The Man is meant to be shared just like those conversations between Matthew and David.

“My biggest goal is for people to be able to relate,” Matthew leaves off. “I’d love for them to feel what we’re singing and go back to it again and again.”

David concludes, “As artists, we’re constantly trying to reflect where we are in the world. When I listen to this, it feels exactly like us right now. It’s on the edge, but there’s a thread of hope that runs through it and a light at the end of the tunnel.”