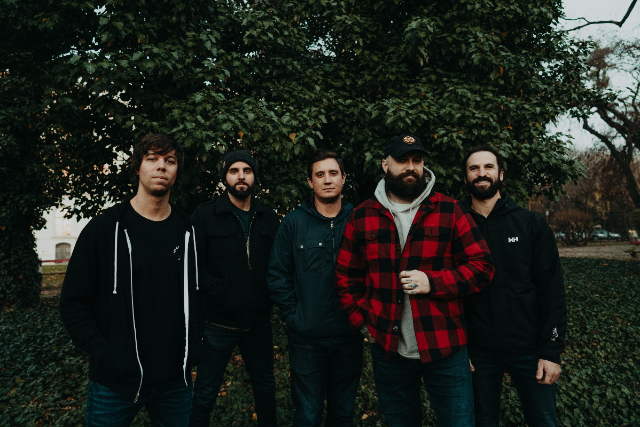 JB Brubaker [lead guitar], Brent Rambler [rhythm guitar], Matt Greiner [drums], Jake Luhrs [lead vocals], and Dustin Davidson [bass] — released Leveler: 10th Anniversary Edition on May 21st 2021, and are gearing up to take it on the road in September/October. The band re-recorded its fourth album, which was originally released on June 21, 2011, with special guests, brand new guitar solos, alternate tunings, and more. Leveler: 10th Anniversary Edition was produced, mixed, and mastered by Carson Slovak and Grant McFarland at Atrium Audio. The vinyl was mastered by Will Putney.

"Leveler is a record we've always been proud of, and we wanted to do something special for its ten-year anniversary," says Brubaker. "We've done some cool remix projects for previous albums when they've turned 10, but with Leveler, we decided to kick things up a notch. We dove into this record and dissected the songs, rewriting solos, changing the tunings, adding new textures and elements, and got a few of our friends to do some guest spots as well. Our longtime producers Carson Slovak and Grand McFarland handled the recording/mixing and helped us take Leveler to new sonic heights. I think this is the best-sounding ABR record we've ever made, and it's going to allow people to experience the record in a whole new way. I can't wait to share this with everyone.”

Upon release, Leveler was met with near-universal praise. All Music claimed, "This kind of contrast between light and dark makes Leveler a wonderfully dynamic album that is musically engaging." Revolver declared that "August Burns Red have set their own bar even higher...and have done so for all of the scene in the process." Decibel labeled it "adventurous without the proggy aftertaste," while Exclaim! deemed it the band's best. Outburn lauded the "all-new level of musicianship,"" awarding it a perfect 10 star rating. 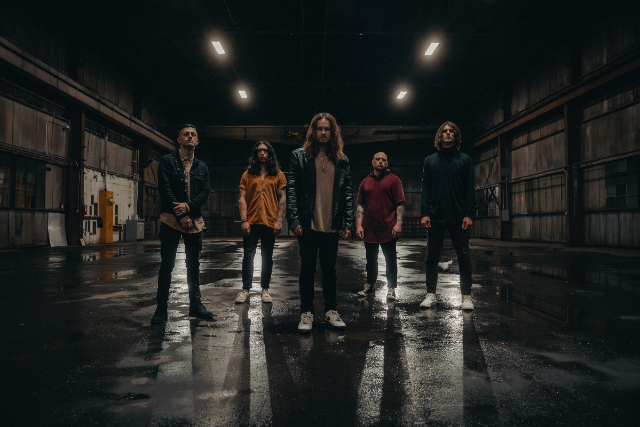 Fit For A King

While so many bands exploded onto the scene with supercharged “hype,” only to burn out and fade away just as quickly, FIT FOR A KING steadily built a ferociously dedicated following through determination, classic American Metalcore breakdowns, lyrical courage, and steadfast conviction.

The heaviest and catchiest extreme metal act from the Lone Star State since the original cowboys from hell, FIT FOR A KING’s ascendance is demonstrated as much by the massive singalongs at their shows as their jaw-dropping online following. The 2018 full-length Dark Skies has been streamed nearly 50 million times. In 2019, the band had nearly two million listeners on Spotify; incredible for an underground group who self-released their EPs just over a decade beforehand.

While so many bands exploded onto the scene with supercharged “hype,” only to burn out and fade away just as quickly, FIT FOR A KING steadily built a ferociously dedicated following through determination, classic American Metalcore breakdowns, lyrical courage, and steadfast conviction.

The heaviest and catchiest extreme metal act from the Lone Star State since the original cowboys from hell, FIT FOR A KING’s ascendance is demonstrated as much by the massive singalongs at their shows as their jaw-dropping online following. The 2018 full-length Dark Skies has been streamed nearly 50 million times. In 2019, the band had nearly two million listeners on Spotify; incredible for an underground group who self-released their EPs just over a decade beforehand.

Album six, The Path, is a definitive masterpiece. Bigger, bolder, and overwhelmingly epic in scope, The Path leans harder on the “metal” side of their sound, with shredding guitar solos, while doubling down on the massive catchy choruses that propelled their fiercest fan-favorite anthems.

Like Dark Skies, The Path was produced/mixed by WZRD BLD, aka Drew Fulk, who was responsible for career-making records from Dance Gavin Dance, Motionless In White, and Bad Wolves.

Even as their music is rightfully heralded as “majestic and punishing” (Revolver Magazine) “straightforward heaviness” (Metal Injection), genuine connection, fearless transparency, and an accessible relatability are the most essential elements of the band’s powerful presence.

Where Deathgrip (2016) and Dark Skies spoke to raw feelings of alienation, abandonment, and disillusionment, album six is focused on The Path out of those hells. FIT FOR A KING has become the very soundtrack for fighting through life’s most painful and difficult seasons.

Their music appeals equally to anyone whose tastes were shaped by gateway bands like Slipknot and Korn or New Wave Of American Heavy Metal titans like Killswitch Engage and As I Lay Dying.

As important as each record in the band’s catalog has been, much of their dedicated supporters first encountered FIT FOR A KING on the road, as the road dogs appeared several times on the Vans Warped Tour and on celebrated subcultural touring bills alongside Ice Nine Kills, Beartooth, August Burns Red, Whitechapel, and labelmates The Devil Wears Prada, to name just a few.

As devotees of Fit For A King, fans have enthusiastically supported singer Ryan Kirby’s book of devotionals, vocalist workshops, and creative cover songs, some done in collaboration with guitarist Daniel Gailey (Phinehas, Becoming The Archetype). Drum playthrough videos from rhythmic beast Jared Easterling are similarly consumed. The FFAK faithful are just as supportive of Off Road Minivan, the Tooth & Nail Records alt-rock band fronted by bassist Ryan “Tuck” O’Leary. Bobby Lynge, who joined the early incarnation of FFAK alongside Kirby before the band created their first proper full-length, no longer tours, but remains a core member and songwriter.

“Breaking the Mirror” garnered close to two million streams in just over a month of release in early 2020, proving how much the appetite for FIT FOR A KING music had grown since the release of Dark Skies. It quickly took its place alongside songs like “Ancient Waters,” “Hollow King,” “The Price of Agony,” “Slave to Nothing,” and “Dead Memory,” which together total close to 20M views on YouTube. The song isn’t so much about distancing oneself from a troubled past as it is about destroying it. Musically it encompasses all of what they do best: vicious roar, melodic might, and crushing mosh parts demonstrating why this is the band to Make Breakdowns Great Again.

“The Face of Hate” takes aim at those who hijack religion for personal gain. “God of Fire” is about the type of theology that values fear over love, a misrepresentation of the hope and salvation that is central to FFAK’s faith. “Stockholm” decries the type of “Stockholm syndrome” that keeps the masses beholden to politicians, even as elected officials across the spectrum exploit the citizenry.

The Path is the sound of victory, championing perseverance over divisiveness, boundless optimism over anxiety and depression. FIT FOR A KING stand for triumph over adversity. This music is the soundtrack for those who muster the strength to carry on, to achieve, to overcome all obstacles. 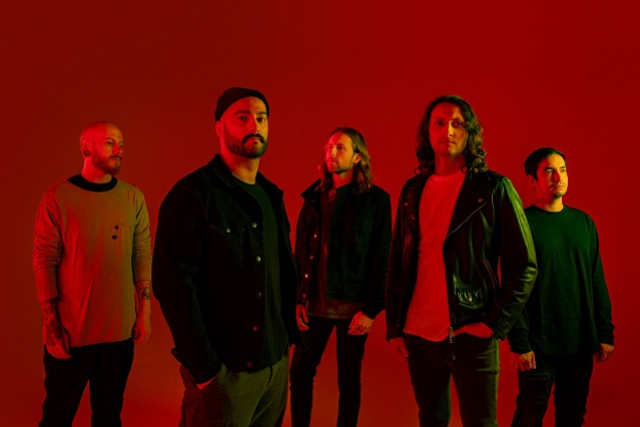 Often described as "the spearhead of the whole modern progressive metalcore movement," Birmingham, Alabama's Erra combine the frontal assault of extreme metal with an adventurous sense of melody and precise stop-and-start arrangements. Emerging in the early 2010s, the technical metalcore band entered the mainstream in 2013 with the release of their sophomore effort, Augment, which topped the Billboard Heatseekers chart. They found similar success on subsequent efforts Drift (2016) and Neon (2018), and in 2021 they issued their acclaimed fifth long-player, Erra.

Influenced by acts such as Misery Signals, As I Lay Dying, Born of Osiris, and Saosin, Erra were formed in 2009 by guitarist and clean vocalist Jesse Cash and scream vocalist Garrison Lee. Eager to move their musical ideas forward, Cash and Lee recruited their friends Adam Hicks and Alex Ballew to play bass and drums in the new group. The lineup was finalized when they discovered guitarist Alan Rigdon through his MySpace page, and they adopted the name Erra, a word referring to mayhem that can be traced back to the mythology of Akkad. In 2010, the group self-released their debut EP, Andromeda, and good reviews and an enthusiastic response from fans led to the band signing with indie label Tragic Hero Records.

In 2011, Erra released their first full-length album, Impulse, which along with extensive touring helped raise their profile on the independent metal scene, leading to tours alongside August Burns Red, Born of Osiris, and Tesseract. In 2012, bassist Adam Hicks announced he was leaving the group to focus on his education, but he stayed with Erra long enough to finish work on their second LP, Augment, which was released in the fall of 2013, and became their first album to chart. The following year saw the release of the Moments of Clarity EP, with their third studio long-player, the Sumerian-issued Drift, appearing in early 2016, which like 2018's well-received Neon, debuted at number one on the U.S. Heatseekers chart.

Erra parted ways with Sumerian in 2020 and made a lateral move to Aussie heavy music label UNFD, which released their eponymous fifth full-length effort the following year. When not on the road with Erra, Jesse Cash records and performs with his side project, Ghost Atlas.
- allmusic.com 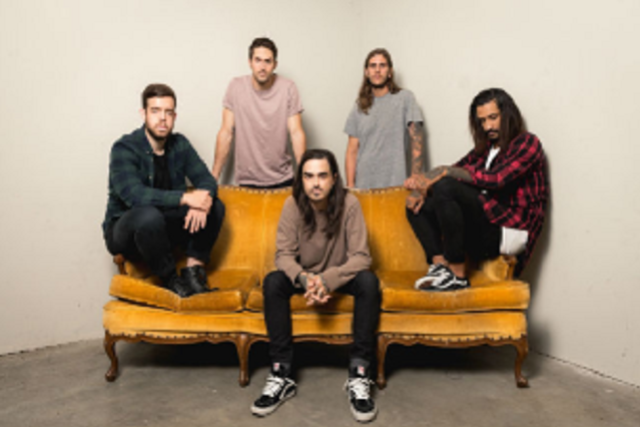 US metalcore giants Like Moths To Flames have announced their fifth album No Eternity In Gold will be released on Friday October 30 through UNFD. It marks the band’s first full-length on their new label home after signing to UNFD in September 2019 and the following release of their EP Where The Light Refuses To Go.

Produced, mixed and mastered by Carson Slovak and Grant McFarland (August Burns Red, Rivers Of Nihil), No Eternity In Gold is a record that showcases Like Moths To Flames like never before. Displaying their trademark foundations of incisive technical dexterity and uncompromising heaviness – all underpinned with earworm-like melodies – LMTF’s new album is the result of challenged perspectives, fully-realised ideals and lessons learned.