This show currently has no COVID safety requirements for attendees. This is subject to change. If this changes we will be sure to update this page as well as notify all ticket buyers via email.
--
This is a general admission seated/standing event. Seats in seated sections are all first come first serve. Gold Circle is closest to the stage. 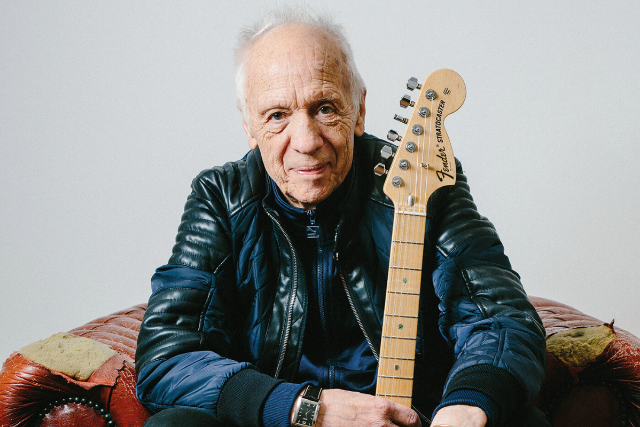 Robin Trower has been heralded as one of the most influential Guitar players to come out of the British Blues Rock scene. Though other names may come to mind, none have the "signature sound and style" of the man who was tagged by the press with the nickname of "The White Hendrix" back in the 70's. Robin was in the audience during a performance by Jimi Hendrix those many years back, and he readily admits that the Experience changed his approach to the guitar. It is obvious to anyone who ever listened to Robin's music that he has taken the ethereal sound that Jimi first introduced to the world, and created his own unique way of expressing himself through the guitar. The result is a unique style of music all his own - NOT an imitation of Jimi at all, and a career of considerable merit.

Robin is known for his incredible talent as a guitar player and his inspirational style of soloing, coaxing sounds from his Strat that seem to emanate from beyond this world. To be among those who have experienced Robin performing live is to be forever changed by this masterful Artist as he takes you along with him on one musical masterpiece after another.

Born March 9, 1945, Robin has played guitar professionally since his teen years. During the early stages of his career, he was part of another famous "Supergroup" called Procol Harum. Robin left Procol Harum after the release of their 5th Album, "Broken Barricades" and struck out on his own with James Dewar (formerly of Stone The Crows) on Bass & Vocals and Reg Isadore on Drums. The release of his debut Album in 1973, Twice Removed From Yesterday on Chrysalis Records, heralded the beginning of a career that has spanned four decades and continues vibrantly to this day.

The "Robin Trower Band" lineup changed drummers between the 1st and 2nd albums. For "Bridge Of Sighs", the second release and the one that shot Robin's career into the stratosphere, Reg Isadore was replaced by ex Sly & The Family Stone drummer Bill Lordan, who himself once played with Jimi Hendrix! This line-up remained basically unchanged through 6 more albums, with the addition of Rustee Allen on Bass (also from Sly Stone's band) for "In City Dreams", "Caravan To Midnight" and "Victims Of The Fury", Robin's 6th, 7th and 8th Albums respectively.

All total, Robin has released more than 23 albums during his career, and shows no signs of slowing down. The latest addition to Robin's impressive body of work is "Another Days Blues" released on V-12 Records in 2005 (Robin Trower's own label) It is a stellar addition to his prolific and impressive catalogue and continues the legacy of this unique Artist.

Around the time of the release of one of his most critically acclaimed albums, "Bridge Of Sighs", and for many years following, Robin was touring arenas around the world! Often described as a "... shy and refined gentleman..." off-stage, Robin's presence on-stage is remarkably powerful. Not given to "stage theatrics", his virtuoso ability to impart emotions through song lyrics and highly charged guitar playing is hypnotic. Robin's body and facial expressions display clearly where his heart and soul are during the performance - deeply intertwined with his instrument of choice, the Fender Stratocaster (Registered Tradename/Trademark of Fender). His chording and soloing style have mesmerized fans and confounded guitar players for years, and will continue to be a source of inspiration for anyone who wants to play the guitar.

While Robin plays his Signature Strat with passionate abandon, Davey Pattison, formerly of GAMMA, SUMMIT and 2 great solo albums; "Mississippi Nights" and "Pictures", adds his considerable vocal talents and energetically fronts the band interacting with the audience, bringing the songs to life and interpreting the lyrics better than anyone since the late great James Dewar, who will be forever missed. Davey has been part of many of Robin's albums and performances since the mid 1980's. Robin and Davey, along with Dave Bronze on Bass & Backing Vocals and Pete Thompson on Drums, comprise a band of true power and vibrant musicianship! This current line-up has contributed to more than a few of Robin's BEST Albums to date, including Passion, Take What You Need, Go My Way and Living Out Of Time, among others! What we have here is a band of highly talented musicians, each incredibly accomplished in their own right, surrounding a musical legend who has been instrumental in creating and perpetuating a musical genre that has touched many lives. Robin Trower, the performer and musical Artist, has made each of his recorded works an incredibly fulfilling and satisfying experience!

NEW MUSIC from Robin Trower!
The most recent Studio recording from Robin Trower was released in 2005 on V-12 Records (Robin Trower's own label) is titled "Another Days Blues". It is a stellar addition to his prolific and impressive catalogue and continues the legacy of this unique Artist.

The most recent Live release from Robin Trower is the LIVING OUT OF TIME: LIVE! DVD - and it's companion CD by the same name. The song list includes material from various albums including Bridge Of Sighs, Living Out Of Time, 20th Century Blues, Go My Way, Someday Blues, and more. The DVD is well shot, great sounding, well lit, the band is on fire and the crowd is full on energetic and loving every minute of it! This performance took place on Robin's 60th birthday - March 9, 2005! If you think age equates to old and lifeless, think again! This is Robin Trower on TOP of his game and better than ever! Accompanying Robin is the band heralded as THE BEST LIVE TROWER LINE-UP EVER

This is the PASSION and TAKE WHAT YOU NEED Band-Member line-up!

Getting the Living Out Of Time: LIVE! CD too makes it easy to take this excellent recording with you on Holiday, in the car to and from work, or even at work... (as long as such personal liberties do not interfere with company policy <grin>)! The live performance was professionally recorded using multiple Digital Video Cameras and an incredible FOH Master Mixing Board feed for crystal clear audio accompanying this excellent visual performance!

Last and NOT least is the LATEST ALBUM from Robin, the fourth Trower/Bruce collaboration effort to date! SEVEN MOONS is arguably the finest of the four, with 11 BRAND NEW SONGS performed spotlessly by Robin Trower on guitar, Jack Bruce on vocals and Gary Husband on drums.