Public Onsale: Friday, November 5th @ 10am CST
--
THIS SHOW CURRENTLY HAS NO COVID SAFETY REQUIREMENTS FOR ATTENDEES. THIS IS SUBJECT TO CHANGE. IF THIS CHANGES WE WILL BE SURE TO UPDATE THIS PAGE AS WELL AS NOTIFY ALL TICKET BUYERS VIA EMAIL.

*Merchandise will be shipped to the address provided at the time of purchase. 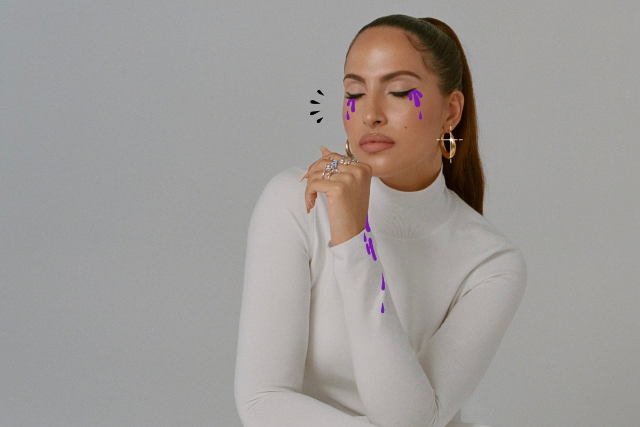 “With exploratory production that’s as expansive and dreamy as it is frenetic, it’s an affecting  document of the pain smoldering beneath Aalegra’s curated veneer of nonchalance,” says  Pitchfork of Snoh Aalegra’s most recent album offering TEMPORARY HIGHS IN THE  VIOLET SKIES (released July 9, 2021). The statement hits the mark as the Iranian, Swedish  born singer and songwriter Snoh Aalegra is one of the most exciting and critically acclaimed  voices in music today. Her sound evokes the soulful essence of her idols such as Stevie Wonder,  Whitney Houston, Aretha Franklin, Michael Jackson, yet lined with an authenticity and raw  emotion that is unparalleled and a deep sense of outsiderdom that is largely universal. Her music  heavily draws from her life experiences and challenges as a person who’s long felt like an  outsider and now coming into her own.

Leading into album release, Snoh Aalegra released “LOST YOU,” produced by No ID with co production by Maneesh and sent her incredibly engaged and loyal fans into a frenzy. This song  was the first official music to follow her critically-acclaimed sophomore album Ugh, Those Feels  Again. That album earned critical praise across all important music publications. She also won  Best New Artist at the 2020 Soul Train Awards and Best New R&B Artist at the iHeartRadio  Music Awards signaling a tentpole moment for the songstress catapulting her into stardom. Ugh,  Those Feels Again debuted as the #1 R&B album on iTunes and received large critical acclaim  from NPR, Pitchfork, The Atlantic, Vogue, Harper’s Bazaar, Elle, i-D, Associated Press, W  Magazine, Paper Magazine, Women’s Wear Daily and many more. The album delved into the  forces and feelings that fill the walls of her sound and mind: self-love, independence, alienation,  anxiety, toxic relationships and love, growth, and hopefulness.

Alongside the massive success of her album, her songs “I Want You Around” and “Whoa” hit #1  on national R&B radio charts. At the end of 2019, Snoh sold out two major headlining US tours  within minutes cementing that the hype surrounding her music expanded beyond the industry  and she had created a worldwide fanbase. Following, Snoh released her stunning music video for

In early 2020, Snoh debuted her striking Tiny Desk performance that broke records amassing for  NPR over 1 million views in just a few days. Shortly after, Pharrell unveiled a rendition of  Snoh’s breakout song “Whoa”, which was lauded by music critics at FADER, MTV, Vibe, Hypebeast and more. Complex called it, “The perfect love song.” She followed with remarkable  collaborations with R&B duo DVSN on their song “Between Us” and beloved Swedish rapper  Timbuktu on his song “AOD.”

Even before her breakout 2017 debut album FEELS rocked the music world landing to esteemed  recognition and global acclaim, she had already caught the attention of the iconic late great  Prince, who was her mentor for two years before he passed. FEELS went on garner praise from  some of music’s heavyweights such as luminary hip hop producer No I.D. Additionally, she had already collaborated with celebrated artists and producers such as Drake, Common, John Mayer,  Vince Staples, James Fauntleroy, Boi-1da, DJ Dahi, RZA and many more.

Snoh is also a known commodity in the fashion space having worked with some of the biggest  brands and designers in the world. In early 2019, Snoh made her runway debut as the star of  Mugler’s Paris Fashion Show, which was celebrated by Vogue and many others. Snoh was also  personally invited to the CFDA Awards by Pyer Moss’ Kerby Jean-Raymond.

Snoh Aalegra exists in a space both musically and artistically all her own. She is now one of the  most celebrated artists in the world. Her latest album, lionized universally everywhere, is further  testimony that music shaped from real experience and emotion will traverse timelessly. 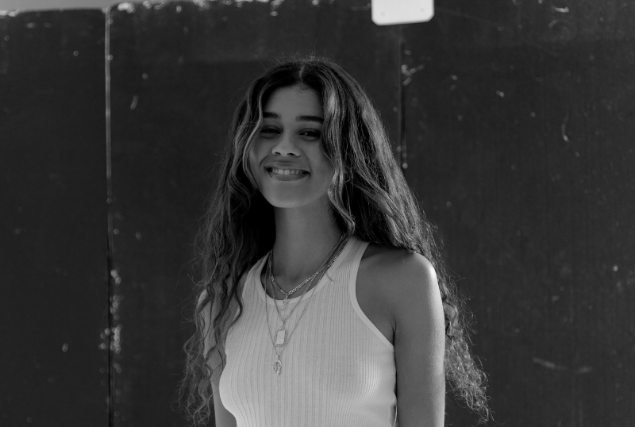 Ama Lou
Authentic, natural, soulful, Ama Lou has already gracefully established herself as a rising star with just a handful of songs.

Born and raised in London and classically trained as a singer, she began writing music at the age of 11. She made her musical and visual introduction to the world with “TBC” in 2016, which immediately put her on the map as an artist to watch from north London's fertile grounds.

A complete DIY artist, Ama writes and produces her music (often with collaborators), and creates all her own visuals and films with her sister Mahalia; citing influence from a wide range spanning a complete love of classic film all the way to social activism, bringing classic and contemporary together in the process.

Her current project DDD is a three-part film and EP directed and co-produced by her, made up of a triptych of music videos individually set at Dawn, Day, and Dusk, following the character of Ama Lou, a younger in an LA crime ring, over the course of a single day.