This show currently has no COVID safety requirements for attendees. This is subject to change. If this changes we will be sure to update this page as well as notify all ticket buyers via email.
--
VIP1 - Sum 41 Diamond VIP Package
Includes:
VIP2 - Sum 41 Signed VIP Merch Package
Includes: 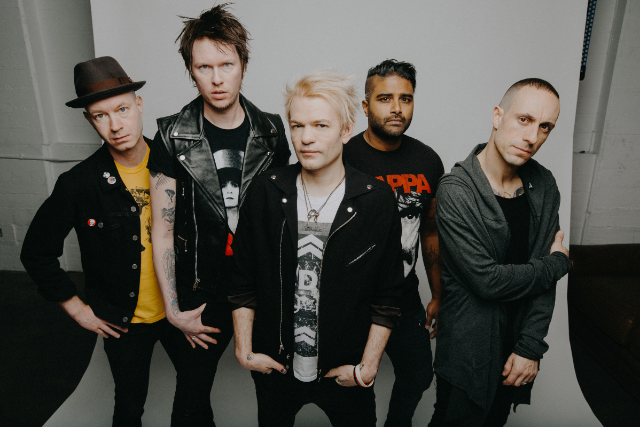 In the late summer of 2018, Sum 41 frontman, Deryck Whibley, stepped off the tour bus after three solid  years of worldwide touring, turned on the console in his home studio, picked up a guitar, and started  pouring out song after song. Feeling incredibly inspired from 2016’s critically-acclaimed Europe Impala  Gold certified, #9 Billboard Top Albums charting, 13 Voices album and touring cycle, Whibley feverishly  started putting together songs from the cascade of ideas flying throughout his mind. Relentless touring  and immense energy from some of the largest crowds the band had ever played in front of bred a  multitude of ideas that Whibley had stockpiled and couldn’t wait to record. Within three weeks, the  majority of the music for the new album, Order In Decline was written.

With much of the music written, Whibley focused his attention on the lyrics. “I’ve always just let words  come out and whatever they are, they are,” Whibley remarks, “I usually just follow and let them flow.”  Unconsciously, Whibley realized that there was a persistent theme in his stream of consciousness that  ultimately became a critical response to the world and society at large. Traveling the world and observing  how pervasive division, racism, and hate had become, punctuated by the repulsive social and political  turmoil invading his own home nations of the United States and Canada, Whibley found himself writing  about a great many things he didn’t necessarily want to write about. “The last thing I wanted to do was  write a social or political protest record, and Order In Decline is not that,” Whibley clarifies. Instead,Order  In Decline is a burst of uninhibited feeling, a page out of his journal, a window into his soul that reflects  on extremely personal and vulnerable events, because as he confesses, “It’s also very hard not to have  feelings about everything that’s going on in the world.”

Armed with the most honest and personal songs of his career, Whibley continued to pour everything he  had into the album. Producing, engineering, and mixing the album in his home studio, Whibley pain stakingly crafted and fine-tuned each song, highlighted by Deryck’s fast and full riffs, guitar solos from  lead guitarist/backing vocalist Dave Brownsound, harmonious chords from guitarist Tom Thacker, and  the heavy, heart-thumping rhythm section of bassist/backing vocalist Cone McCaslin and  drummer Frank Zummo. The result is undoubtedly Sum 41’s heaviest and most aggressive album in  their storied career, while also being its most dynamic and raw.

For each fiery, arena-rock entry (i.e. “Out For Blood” - a down-tuned skate-punk number with an insane  guitar solo and “45 (A Matter Of Time)” – a groove-heavy mid-tempo rager that’s about exactly who you  think it is), there is an equally powerful, vulnerable ballad that hits just as hard. The honest process of  writing Order In Decline, in which Whibley chose to not hold back any feelings, ultimately released a  weight that has plagued the frontman in recent years. For the first time in Sum 41’s 23-year career,  Whibley excavated one of his most personal stories ever: “Never There,” a powerful track about the  connection he shares with his absentee father, who he has never met. He also shares his feelings on  mental health awareness the best way he knows how, by closing out the album with a beautiful ballad  called “Catching Fire” about those he has lost and almost lost throughout his life. The song holds  multiple meanings, as at its core, it is also a love song about his wife and the prospect of loving and  losing someone so significant to his life.

After over 15 million records sold worldwide, a Grammy Award nomination, 2 Juno Awards (7  nominations), a Kerrang! Award in 2002, as well as multiple Alternative Press Music Awards, Sum 41 is  quite simply a rock band – uncompromising and honest with no intention of slowing down. 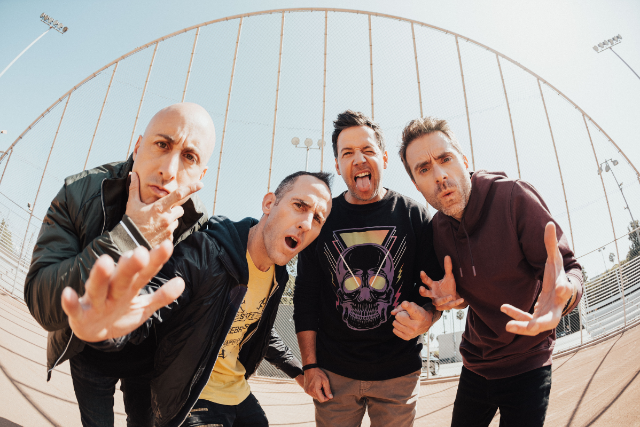 Simple Plan have remained an international sensation for over 20 years with worldwide sales topping 10 million and over 1 billion streams across all streaming platforms! The #ImJustAKid trend on Tik Tok has over 4.3 billion views and the #ImJustAKidChallenge hashtag has over 590.9 million views and counting. Plus, they’ve received numerous awards and accolades the world over, and to date they have performed for insatiable audiences in over 60 countries.

For the members of Simple Plan, however, it’s about the personal connection to each and every fan. With 'The Antidote', they have yet another song that will resonate and hit close to home with their worldwide audience. Produced by Zakk Cervini, who has worked with the likes of Blink-182, Machine Gun Kelly, Grimes, Poppy, and Halsey (to name a few), 'The Antidote' was recorded at MDDN Studios in Los Angeles, and promises to be a pivotal moment for the band, who cannot wait to get back to playing live! "We’re so excited to finally release 'The Antidote', the first single off our upcoming sixth album!" say the band. "The song is a throwback to our classic Simple Plan sound, but with a modern twist. It has all the elements our fans have come to love and expect from our band: a big, energetic chorus and honest and heartfelt lyrics that deal with life and the struggles we all face." 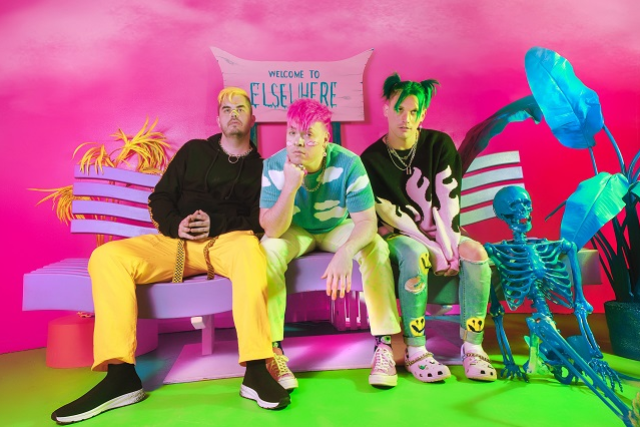 SET IT OFF - The Los Angeles-based band -comprised of Cody Carson (vocals), Dan Clermont (guitar), Zach DeWall (guitar) and Maxx Danziger (drums)- have become known for creating their own original brand of pop music, infusing bold electronic elements that guide loud, driving rock instrumentations with guitar riffs as catchy as the choruses and an overall feel-good, dance-worthy vibe. Commanding attention, Set It Off bring authenticity back to pop music in a bold and unapologetic way. The group's latest full-length release, Upside Down, was noted as one of the "Most Anticipated Albums of 2016" by Alternative Press Magazine and follows the band's sophomore album, Duality, which debuted at No. 18 on the Billboard Independent Chart. The band's debut full-length, Cinematics, debuted at No. 1 on the Billboard South Atlantic Heatseekers Regional Chart, No. 4 on Billboard Heatseekers Chart, No. 9 on Billboard Next Big Sound Chart, and even broke into the Billboard Top 200 chart. Now, Set It Off of come to Fearless Records for their next chapter with the dynamic new single, "Killer In The Mirror," which affirms the band have reached a higher level of musicianship. The new track serves as a preview to some of the band's upcoming, most edgy and pop-driven anthems to date