VIP 1: MEET & GREET VIP PACKAGE
Includes:
- One general admission ticket with priority access to the floor
- Meet & Greet with Joshua
- Photo opportunity with Joshua*
- VIP laminate and lanyard
- Exclusive VIP gift item
- Early entry to the venue
- Designated check-in and on-site VIP event staff
*Social distance measures may be put in place for the photo op. All health and safety guidelines will be followed per local government and state regulations. 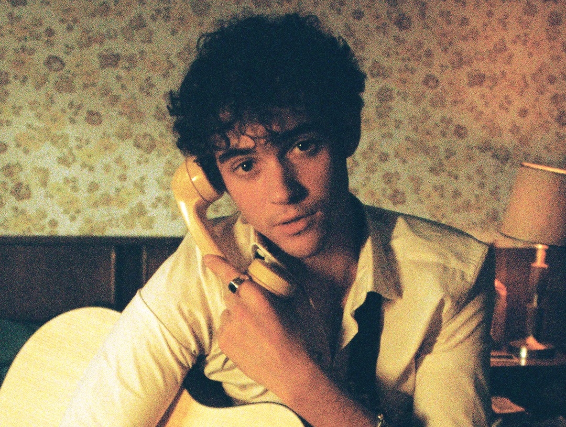 Joshua Bassett
Pop singer Joshua Bassett had a starring role on the teen series High School Musical: The Musical - The Series when he made his major-label debut in 2020. The warm, affectionate acoustic ballad "Common Sense" was followed by his first EP, Joshua Bassett, in 2021. Two more EPs appeared over the coming year including 2022's Sad Songs in a Hotel Room.

A native of Oceanside, California, Bassett learned to play piano, guitar, and drums growing up, and participated in musical theater productions as early as age eight, when he was cast in a community production of High School Musical. Having worked on commercials, he started winning parts on TV series like Lethal Weapon and Game Shakers in his mid-teens, and his first recurring role came in 2018, when he was cast as Aidan Peters on the Disney Channel series Stuck in the Middle. An appearance on prime-time's Grey's Anatomy followed in 2019, the same year he joined the inaugural cast of High School Musical: The Musical - The Series as Ricky Bowen, one of the leads.

Bassett signed with Warner Records in early 2020, and his debut single, "Common Sense," appeared that April. He was nominated for Favorite Male TV Star at the next month's Kids' Choice Awards. His eponymous debut EP arrived in March 2021 and included the hits "Lie Lie Lie" and "Only a Matter of Time." A second EP, which chronicled the fallout from his breakup with fellow pop sensation Olivia Rodrigo, arrived later that year and featured the singles "Crisis," "Secret," and "Set Me Free." Led by the hit "Smoke Slow," Bassett's third EP, Sad Songs in a Hotel Room, appeared in September 2022. - from AllMusic.com 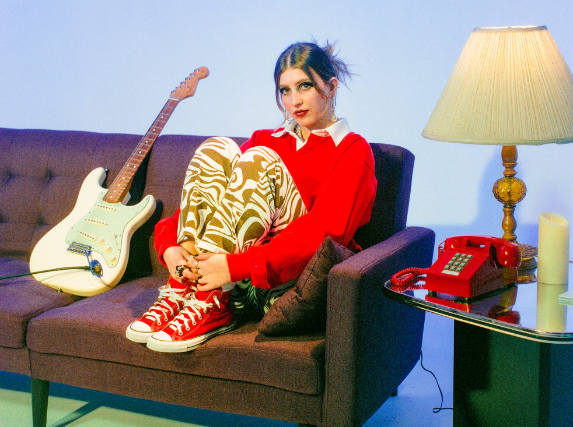 Lindsey Lomis
Lindsey Lomis may be a singer, songwriter, performer, and dog-mom, but she most endeavors to be a friend. The 19-year-old Nashville artist relates with a familial intimacy as she unpacks her experiences through eloquent lyricism and artful instrumentation rooted in jazz-y delivery and uplifted by pop palatability. Such honesty has enabled her to build an unshakable bond with a growing and devoted fan base. After amassing millions of streams and earning acclaim from OnesToWatch, American Songwriter, and Idolator, to name a few, she connects more than ever on her Daydreaming EP [Altadena Records/Warner Records].

“I write about my experiences and my friends,” she explains. “The EP is a conversation. Relatability is the most important thing to me. I hope you feel like these songs were written about you. I want you to feel like I’m your friend.”

At nine-years-old, she embraced music and never let go. After honing her craft for years, she caught the attention of Brandi Carlile with a cover of “That Wasn’t Me,” resulting in a duet on stage with the GRAMMY® Award-winning star. As her independent EP Chapter I gathered millions of streams powered by “Simple Love” and “String of Lights,” she earned the endorsement of high-profile supporters such as Meghan Trainor, Alessia Cara, Allen Stone, Ryan Tedder, Lennon Stella, AJ Mitchell, Shawn Mendes, Sophie Turner, Joe Jonas, and Justin Bieber who touted her on Instagram Live. Signing to Altadena Records and Warner Records, her 2020 EP In The Madness boasted highlights such as “Feel” and “Slow Motion” [feat. JoJo]. The day after her high school graduation in 2021, she stole away to Los Angeles to record what would become Daydreaming over the course of a month.

This time around, she switched up the process.

“That was my first time going to L.A. alone,” she recalls. “It gave me a sense of independence. It was an experience I’d never had before. I also went into the EP knowing I wanted to start all of these songs more acoustically. Instead of beginning with the production, every song comes from my guitar, chords, and melodies. The past couple of tours have just been me and my guitar. That’s how I always did it growing up. At the same time, all of these songs came from good memories.”

She introduces the EP with “die with my friends.” A plucky clean guitar riff and simmering beat underline her soulful intonation on the verses. When the hook hits, she croons a gen-Z ride-or-die proclamation of her own, “But if we’re all gonna die, I might as well die with my friends.”

“I wrote it to my friends before they left for college,” she explains. “It was the last summer with these people who I had grown up with, and I was bummed out about that. They’re like my sisters. They’ve given me so much advice. So, I thought of this naïve idea of living our lives together and growing old. It’s okay now. Even though they’ve been at school for a year, we’re still close.”

Then, there’s “save your breath”. Her voice glides over a slinky beat and energetic guitar as she flexes her range, fluttering towards an infectious refrain.

“It’s a fun one,” she goes on. “You see someone you think is cute. However, when you talk to this person, you realize he has a horrible personality. I noticed this as I went to parties here and there. It’s part of being a 19-year-old,” she laughs.

On the other end of the spectrum, “call me when u get home” hinges on her dynamic range. It builds into a hypnotic hook punctuated by her high register. “I wrote it as a check-in for my friends to make sure they get home safely,” she reveals. “I always tell them to text me when they get home. I think about it on a regular basis. The world can be dark for women and young girls. However, the song can apply to guys or parents too. It’s something I talk about all the time, so why not write and sing about it?”

The title track “DAYDREAMING” bottles the butterflies of an unshakable crush into a wistful anthem.

“You’re thinking of that one person,” she smiles. “I was so happy with how it turned out. The production was experimental, but I added guitar to it. I’m daydreaming 90% of the time.”

In the end, Lindsey’s music ultimately resembles listening to one of your closest friends tell a story.

“I wrote all of these things that feel real to who I am,” she leaves off.  “The biggest takeaway is you have someone who understands you and gets you. This EP is just about life for someone who is growing up and figuring it out. The music explains it all. You can really hear who I am through the lyrics and messages. Also, you can add my dog looks totally adorable right now. Put that in the bio.”