Gracie Abrams VIP Upgrade Packages: Gracie Abrams is partnering with 23/7 Global to administer her VIP upgrade packages. These packages will not include a ticket and be sold off promoter platforms directly through Gracie's site and socials. 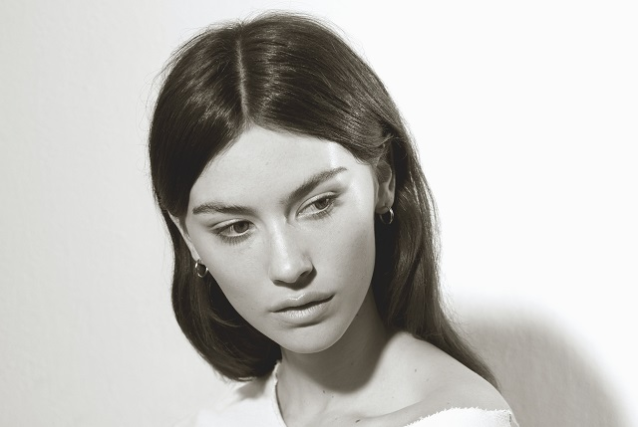 Gracie Abrams
Since making her debut with “Mean It” in October 2019, Gracie Abrams has emerged as one of the most compelling songwriters of her generation, earning the admiration of such likeminded artists as Lorde, Billie Eilish, and Olivia Rodrigo. A consummate songwriter who names Joni Mitchell as her most formative influence, she penned her first song at age eight, then went on to amass a devoted following on the strength of her emotionally intimate lyrics and DIY sensibilities. As her profile rose, Abrams was named an artist to watch by taste making outlets like Pigeons & Planes, Fader, and i-D, in addition to being crowned one of seven breakout female musicians by Vogue UK. With the arrival of her debut project minor in summer 2020, she received glowing reviews from the likes of NME, who praised her “painfully honest tales of heartbreak draped in delicate melodies that carry much more intrigue than the usual run-of-the-mill singer-songwriter.” Executive-produced by Blake Slatkin — and also made with leading producers like Joel Little and benny blanco – the seven-song effort features her beloved singles “21,” “I miss you, I’m sorry,” and “Long Sleeves.” In November 2021, Abrams returned with This Is What It Feels Like, a 12-track project exploring such complex emotional experiences as self-betrayal, insecurity, and failed attempts at connection. Soon after completing her sold-out North American headline tour for This Is What It Feels Like, she set to work on her debut album.  With This Is What It Feels Like Abrams took on a greater role in the production process, working with The National’s Aaron Dessner, Joel Little and Blake Slatkin to dream up each track’s minimalistic yet kaleidoscopic sound. In a departure from her previous work, Abrams also left her hometown of L.A. to write and record in such serene settings as the woods of Maine and Dessner’s Long Pond Studio in the Hudson Valley—a move that quickly brought a greater clarity to her creative. Abrams kicked off 2022 with a headline tour of North America followed by a support slot on Olivia Rodrigo’s tour and reconnected with Dessner to release two songs “Block me out” and “Difficult.”  This year will see Abrams release her debut album, Good Riddance, on February 24th followed by a North American headline tour and dates supporting Taylor Swift this Spring on her blockbuster Eras Tour.

The three singer-songwriters met at Berklee College of Music and the band was born at the beginning of 2022. They started out sharing covers that are stunningly re-arranged to highlight their lush harmonies. The trio received praise and comments very early on, from artists such as David Crosby, Justin Timberlake, Marcus Mumford, Phoebe Bridgers, Jacob Collier, Joe Jonas, Lennon Stella, Andy Grammar, Ben Platt, Ziggy Alberts and Adam Melchor. They have since collaborated with Mark Ronson, JP Saxe, and Lizzy McAlpine, supporting the latter in her performance on NPR Tiny Desk. They have also performed and toured with Lizzy as well as with artists such as Eloise, Alexander 23, Ingrid Michaelson, and Lawrence.

Tiny Habits have recently signed with management "Macklam Feldman" and independent record label "Harbour Artists" (Lizzy Mcalpine, Eloise). They are currently in the studio recording their first EP of original material. The music will be a reflection of their personal experiences, highlighting deep human connection and emotional journeys.

They released their first single "pennies (voice memo)" on September 28th, 2022. The single was met with an overwhelming response. Organically garnering over 750,000 plays across all digital streaming platforms in the first month.

The band's first full production single "hemenway" will be released on November 22nd, 2022.