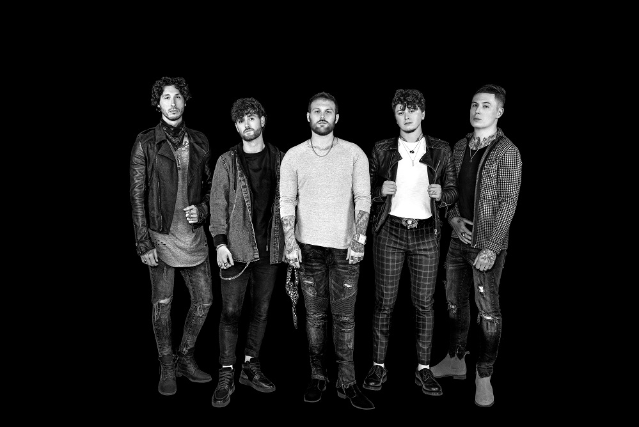 Asking Alexandria
Since 2008, Asking Alexandria has established a world of rock music that is completely their own. Now, over a BILLION streams later, and with a new label behind them - the U.K-based rock group are readying their next chapter. Ben Bruce [guitar, backing vocals], Danny Worsnop [lead vocals], James Cassells [drums], Cameron Liddell [guitar], and Sam Bettley [bass] have arrived at a place of clarity and refreshed sense of artistic purpose. Early 2021, the band found themselves hunkered down in a house in Franklin, TN, to write and record their 7th studio album. It was the first time in over a decade that all were together in the same studio. Armed with a new sense of dedication to themselves and to their fans, they went back to their roots and pulled inspiration from some of their earliest influences - Led Zeppelin, Metallica, AC/DC, Queen. With no gimmicks or cheap tricks to fall back on and a renewed appetite for writing together, they fell in love again, with music and with each other as bandmates. The result of this reflection and renewed creative energy is the band’s most cohesive and self-assured record to date. The first single, the poignantly powerful and guitar-driven “Alone Again” is a fitting first offering of the sonic journey on which the world is about to join them. But beyond its moving lyrics and soaring melodies, it is a rallying cry and a statement of a group of artists who are here to stay and ready more than ever to be heard. Nothing More
Employing a powerful blend of twisty progressive rock, explosive heavy metal, and soaring, radio-ready alt-rock, hard-hitting, forward-thinking San Antonio-based quartet Nothing More invokes names like System Of A Down, Thirty Seconds To Mars, Incubus, The Mars Volta, and Killswitch Engage. Formed around the talents of longtime friends Jonny Hawkins, Daniel Oliver, Mark Vollelunga, and Ben Anderson, the band spent years honing their sound and skills, and sharpening their worldview on the road, adopting a strict D.I.Y. ethic and issuing their music independently. In 2013 they inked a deal with the Eleven Seven Label Group, the home of acts like Five Finger Death Punch, Sixx:A.M.., Papa Roach, and HELLYEAH, and released their eponymous debut for the label, along with the fiery first single "This Is the Time (Ballast)," the following year. It proved to be a breakout release for the veteran band, charting well and introducing them to a much wider audience. Led by the single "Go to War," Nothing More returned with their follow-up, The Stories We Tell Ourselves, in September 2017. 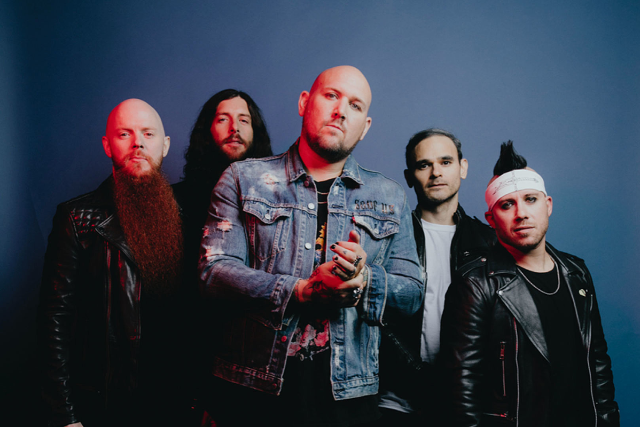 Emerging from Southern California during the rap-metal explosion around the turn of the century, Atreyu crafted a hardcore sound much closer to Agnostic Front or Hatebreed. Their warped, detuned guitars were matched by pounding drums and acidic vocals, which gave the material a distinct metalcore edge. Originally operating under the moniker Retribution, the band eventually changed their name to Atreyu, after a character from the Michael Ende-penned fantasy book The Neverending Story, and released their debut album, Suicide Notes and Butterfly Kisses, in 2002 on Victory Records. They continued to refine their punitive but melodic post-hardcore sound on career best-of offerings like Lead Sails Paper Anchor (2007) and Congregation of the Damned (2009), before going on hiatus in 2011. They reconvened four years later and released their sixth studio effort, Long Live, with In Our Wake following in 2018. After a change in vocalists, the band reintroduced themselves with 2021's Baptize.

The quintet was formed in Orange County by Brandon Saller (drums/vocals), Dan Jacobs (guitar), Chris Thomson (bass), Travis Miguel (guitar), and Alex Varkatzas (vocals). Atreyu released various demos, including the seven-song EP Visions, in the late '90s before commercially debuting with the Fractures in the Facade of Your Porcelain Beauty EP on Tribunal in late 2001; the full-length Suicide Notes and Butterfly Kisses appeared the next year on Victory. Touring almost nonstop in support of the record, the group faced lineup changes as bassist Marc McKnight replaced Thomson before the recording of their follow-up. Atreyu's second full-length, The Curse, surfaced in June 2004 and went on to sell over 300,000 copies; it was re-released with an accompanying DVD a year later. The band hit the road hard, playing 2004's Ozzfest and 2005's Warped Tour, in addition to headlining their own successful world tour. They contributed a track to 2006's soundtrack to Underworld: Evolution and were near the top of the billing for the year's Taste of Chaos tour alongside the Deftones and Thrice. Their next effort, A Death Grip on Yesterday, was issued in late March 2006 and hit number nine on the Billboard charts. Following a summer spent headlining the second stage at the year's Ozzfest, Atreyu jumped into the major-label waters over at Hollywood Records, leaving an early 2007 best-of collection as their Victory farewell. Their Hollywood debut, Lead Sails Paper Anchor, followed later in the year. In 2008 the album was re-released with bonus materials, including a concert film. Atreyu didn't waste any time, and in late 2009 they released their fifth studio album, the critically acclaimed Congregation of the Damned. The album would be their last for some time, as the band went on hiatus the following year to focus on family matters and various other musical pursuits. They reconvened in 2015 with the Destroy/Spinefarm Records-issued Long Live, which featured 12 new hard-hitting tracks, including the blistering title cut and first single. In September 2018, the band issued a trio of singles ahead of the release of their eighth studio long-player, In Our Wake, which arrived later that October. Once promotion for that album concluded, the band hit the road to celebrate two decades on the scene.

In 2020, Atreyu announced the departure of founding vocalist Varkatzas. Brandon Saller stepped up to take on clean vocals while McKnight handled the dirty. They also recruited drummer Kyle Rosa. The new unit issued "Save Us" later that year; the track would appear on their eighth set, 2021's Baptize. The single "Warrior" with Travis Barker was also featured on the album. ~ Bradley Torreano, Rovi 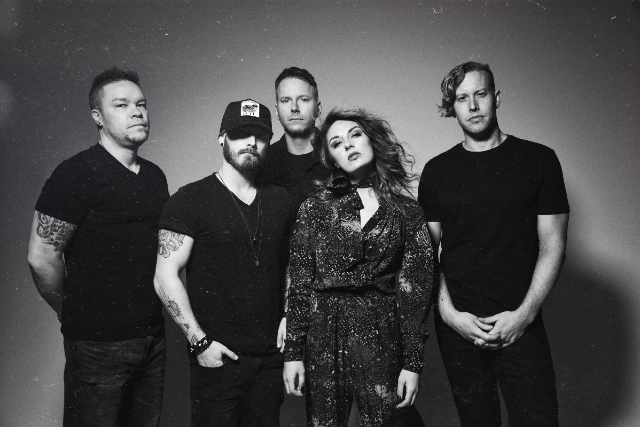 Eva Under Fire
They say that music is the language of the soul, and nothing could be more true for this rock band. Composed of a group of inspirational musicians and skillful performers, the artists behind EVA UNDER FIRE have earned their reputation as rocks most exciting up and coming band. From live gigs to studio sessions and more, they continue to touch fans around the world with their distinct, emotive, high-energy musical style. Explore the site and check out their music. There's something inspiring waiting to be discovered.