Sabrina Claudio – Based On A Feeling Tour

*Locations may vary by venue, see specific date for details.
**No artist participation in the photo.

*Locations may vary by venue, see specific date for details.
**No artist participation in the photo. 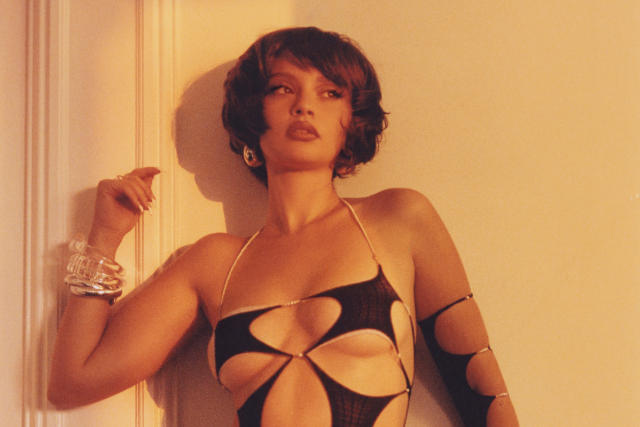 Sabrina Claudio knows exactly what she wants. To a degree, the gold-selling Puerto Rican and Cuban songstress coyly attributes these keen instincts to her Zodiac sign (she’s a Virgo), but truthfully, she quietly hustled to define her vision. After a series of critically acclaimed projects, sold out headline tours, and 2 billion streams, she confidently projects sensuality, spirit, and soul beyond barriers in her music. Materializing with a D.I.Y. take on alternative R&B, Sabrina started to enrapture audiences with her 2016 debut EP, Confidently Lost. On its heels, the full-length About Time yielded the gold-certified “Belong to You” [feat. 6lack], while 2018’s No Rain, No Flowers maintained her momentum as she sold out its accompanying headline tour. In 2019, she reached new heights with Truth Is. Inciting tastemaker applause, Complex described it as “grandiose,” while Variety christened it “one of last year’s top albums of the genre.” Closing out 2020, she unwrapped Christmas Blues, reimagining the holidays through a sexy prism with a little help from The Weeknd on the title track and Alicia Keys on “Winter Time.” She continued to transfix a rabid audience and in 2021 she instantly sold out consecutive vinyl pressings Christmas Blues and the extended reissue of About Time. She’s performed on Jimmy Kimmel LIVE! and The Late Show with James Corden in addition to gracing the bills of Coachella, Lollapalooza, Outside Lands, and Life Is Beautiful. Taking the reins as the sole writer, she presents the clearest picture of herself as an artist and as a woman on her 2022 project, Based On A Feeling [Atlantic Records], arriving May 6. 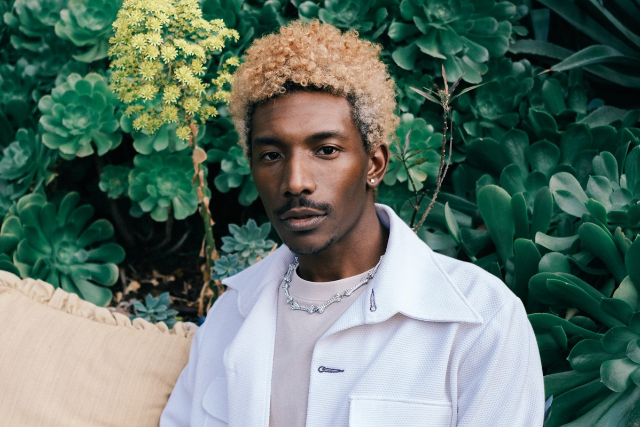 bLAck pARty
Black encompasses all of the colors on the visible spectrum.

“I’m just like a scientist who’s obsessed with music,” he exclaims. “I’m always studying it and looking for the feelings and tones that draw people to songs. I try to learn as much as I can and see outside of the box, thinking about creation from a psychological and cultural standpoint. I’ve realized older records and newer records share a common theme: the energy.”

Born Malik Flint, he recognized this energy as a child, admitting that “music discovered me more than I discovered it.” His early passions included everything from Stevie Wonder, Bob Marley, and Miles Davis to Sade, India.Arie, and Tupac. At 12-years-old, he picked up trumpet, joining jazz band, marching band, and middle school band. By high school, he taught himself guitar, keys, and bass in addition to engineering and recording. In between his devotion to beat making, he DJ-ed, promoted shows, and performed in hip-hop groups before launching his rap- rock outfit Flint Eastwood. He cut his teeth in the band, opening for the likes of MGK, Big K.R.I.T., Bush, and Nappy Roots, to name a few.

Following the dissolution of the group, he adopted the name bLAck pARty and began producing for local upstart Kari Faux in 2013. Their collaboration “No Small Talk” caught the attention of Childish Gambino who remixed it on his STN MTN / KAUAI mixtape. Following the 2014 release of Prototype, the buzzing talent relocated to Los Angeles, spending “almost 24 hours a day cooking up beats.”

Meanwhile, his own 2016 breakout, MANGO, went viral with the video for “Best View” and earned widespread attention from Complex, Vibe, and more. After touring the world, a trip to New York (and some shrooms in Times Square) set the stage for Endless Summer.

“New York is always like a vacation, because it’s the polar opposite from L.A.,” he explains. “I was able to get away for the few days I was there. It was the trippiest experience. I figured out shit. When I came back to L.A., I started working on this immediately.”

Over the course of the summer, he assembled the ten tracks comprising the album with a vision to “make a long-form project worthy of getting on vinyl.”

Achieving that goal, he introduces Endless Summer with the single “4am in NY” [feat. Anajah]. Warm guitars and hazy production bristle against hypnotic harmonies courtesy of Anajah. The simmering beat serves as the perfect soundtrack to a Big Apple stroll in the dead of night punctuated by smooth lyrical confessions.

“There’s something about New York,” he goes on. “Life is happening in every direction, but people are in their own worlds. It allows me to be in my feelings more without overthinking things. I can be myself.”

Elsewhere, “No Complaints” [feat. DMP Jefe] slips from a funky groove into a quietly crooned chant—“I can get high with no complaints”—before a nimbly rapped bridge. “Smoke Break II” immediately intoxicates, while the finale “Gold Coast” hinges on swells of bells and bass before a hypnotic hook.

“I was in Gold Coast Australia for New Year’s Eve,” he recalls. “When we’re having winter, it’s summer down there. It’s a powerful visual. I know of a place to escape the cold where everybody is smiling.”

In the end, bLAck pARty conveys that sentiment with everything he does, painting with every color he can get his hands on.

“When you listen to this, I hope you take away what I do from certain records,” he leaves off. “There’s an emotion for every song—sadness, happiness, excitement, and everything in between. It’s about providing an audio escape for people to feel.” - From RCArecords.com