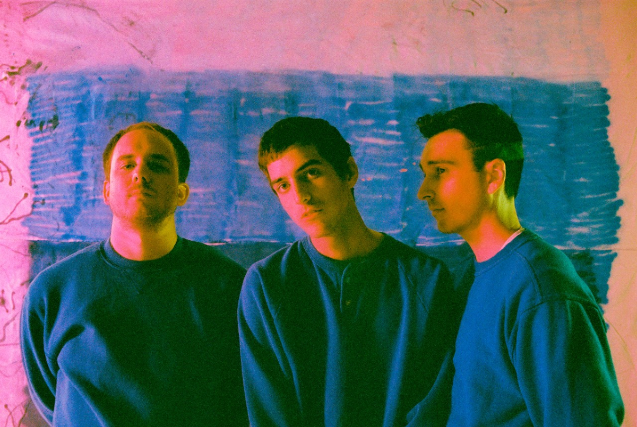 half•alive
An American pop group based out of Long Beach, California, Half Alive (stylized as half•alive) emerged in 2016 with a compelling blend of beat-driven dance-pop and dark electro-rock that evoked contemporaries like Joywave, Twenty One Pilots, and X Ambassadors. After their breakthrough single "still feel." helped build an audience, the trio released their official debut full-length, Now, Not Yet, in 2019. Their sophomore effort, Give Me Your Shoulders, Pt. 1, appeared in 2022.

Founded by Josh Taylor after the dissolution of his previous band the Moderates, the trio -- which also features Brett Kramer and J Tyler Johnson -- recorded their debut EP, 3, inside a helicopter hangar converted into a studio in the Mojave Desert. Released in 2017, the EP garnered millions of online streams on the strength of the high-octane singles "The Fall" and "Aawake at Night." The summer of 2018 saw the trio issue the single "Still Feel" and its lavish accompanying video, the latter of which drew praise for its dance choreography. The track was their first to chart in the U.S., rising into the Billboard Alternative Top Ten. Subsequent singles "Arrow," "Runaway," and "OK OK?" paved the way for their official debut album, Now, Not Yet, which landed in August 2019. The single "What's Wrong" appeared in 2021, serving as the first taste from the band's sophomore long-player, Give Me Your Shoulders, Pt. 1, which was released in 2022. - from AllMusic.com 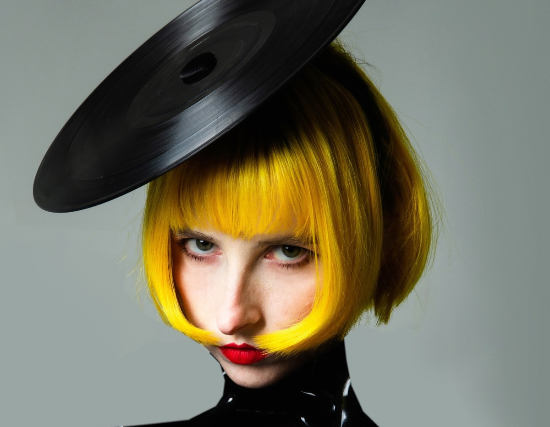 Tessa Violet
Known initially as a vlogger called Meekakitty, Tessa Violet branched out to whimsical pop music in 2014 with a full-length debut called Maybe Trapped Mostly Troubled. Over the next few years, she gained momentum within certain social media circles, which helped give her effervescent pop single "Crush" viral traction in 2018 and pushed her sophomore effort Bad Ideas into the U.S. Heatseekers Top 20.

Born in Chicago, Illinois on March 20, 1990, Tessa Violet Williams claimed Ashland, Oregon as her hometown. She was drawn to theater in her adolescence and during her senior year of high school in 2007, she began vlogging. As she worked as a fashion model in Hong Kong, Thailand, and Korea, she continued to blog, first focusing on fashion and travel but slowly shifting toward sci-fi, video games, comics, and other geeky obsessions.

Soon, Tessa Violet -- who was, at that point, releasing her videos and posts under the name Meekakitty -- incorporated skits and comedy into her vlogging repertoire. Among these videos were her first stabs at songs: "Star Trek Girl" and "Wizard Love," the latter featuring fellow online personality Heyhihello. Meekakitty cultivated close relationships with other vloggers, which helped her internet celebrity rise. These connections were pivotal in her winning a 2009 YouTube competition for the most-commented-upon video. Ray William Johnson, a roommate of her cousin's, encouraged his followers to vote for Meekakitty, helping to push her over the top in the contest. She took home $100,000 in winnings.

Early in 2012, Meekakitty teamed up with a bunch of YouTube peers, including Shawna Howson (username of Nanalew), for The Dial Up Tour. She and Nanalew teamed up as a duo called the Week to record an album called Days Of.

Shortly after this collaboration, Meekakitty began to creep outside the confines of YouTube, appearing in a video for Family Force 5's "Cray Button" in 2012, and also directing the music video for Tedashii's "Chainsaw." She saved her biggest reinvention for 2014, when she left behind the username Meekakitty to release an album under Tessa Violet, a truncated version of her birthname. This debut album, Maybe Trapped Mostly Troubled, found Violet crafting quirky, EDM-inflected indie pop; it peaked at number ten on Billboard's Heatseekers chart. At the conclusion of 2014, Tessa Violet teamed up with fellow YouTube star Rusty Clanton to release the Christmas EP You, Me and Christmas under the name People You Know. The duo supported the album with The Living Room Tour, where the pair performed joint and individual sets; another outing, dubbed Return of the Living Room Tour, followed in 2015.

Tessa Violet issued the EP Halloway in October 2016, which was preceded by the single "Dream." In addition to appearing in the 2016 film The Matchbreaker, she continued to tour on both sides of the Atlantic in 2016 and 2017, all the while working on material for a new record. In June 2019, she released "Crush," the first single from her second album, Bad Ideas, which appeared in August of that year. A second single, "Games" with lovelytheband, arrived that September, followed a month later by "Words Ain't Enough." Upon release, the sophomore set rose into the U.S. Heatseekers Top 20. She capped the album cycle with "Bored" performed with MisterWives.

In the early 2020s, she released the singles "Role Model" with daysormay and "Yes Mom." - from AllMusic.com