Steel Panther - On The Prowl Tour 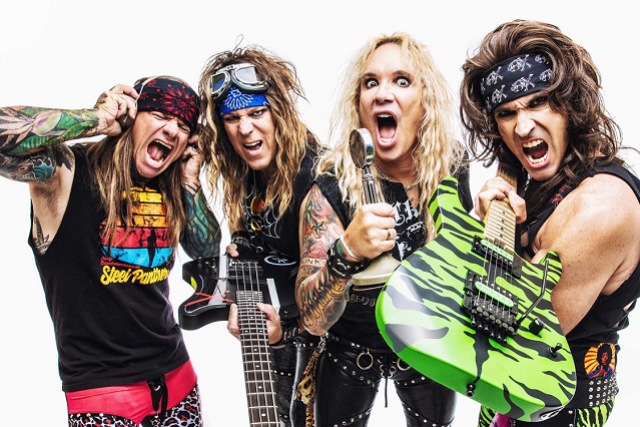 Steel Panther
For the uninitiated, Steel Panther was formed in 2000. Hailing from Los Angeles, the epicenter for rock n’ roll in all its debauchery and glamour, Steel Panther has established themselves as the world’s premier party band, melding hard rock virtuosity with parody and criminally good looks. Steel Panther is a global phenomenon with four full-length albums, touring across the world, platinum-level You Tube status and high-profile television appearances such as Jimmy Kimmel Live, Larry King Now, and FOX NFL Sunday. 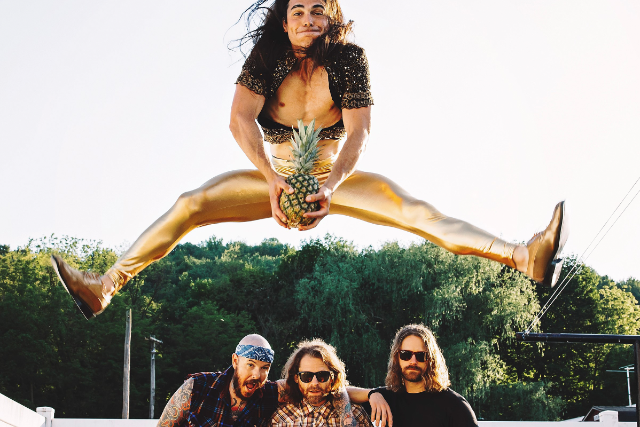 Crobot
Riff-monsters Crobot conjures up the kind of rock 'n' roll that has grooves so powerful they throw you around the room and hooks high enough to shake the heavens. They take the sweet-sounding nectar of the gods and pour it down your throat until you're wailing along like a banshee.

Feel This is the follow-up to 2019s Top 10 Heatseekers album Motherbrain – whose cumulative streams have surpassed 30 million. 20 million of which were for the goliath single "Low Life" - a US Top 10 at active rock radio on the Billboard Mainstream with a 29-week run.

"This is the record we've been wanting to do ever since we started," exclaims Brandon. "We've always thought of ourselves as a live act," he continues. "When Jay Ruston described his process of recording, we were beyond excited about getting in and getting our hands dirty. It involved performing live as a unit and finishing all instruments on a song before moving on to the next. We recorded 16 songs in 21 days, which is a feat in itself."

Feel This is a tale of perseverance. "Through constant struggles, we learn more what it's like to be human. Our shortcomings and strengths alike make us a unique species," Brandon reflects. "Feel This very well may point to our biggest strength of all, our ability to feel emotion (for better or worse)."

Human nature is threaded throughout the album, from volatile relationships ["Dizzy"] to imperfections and learning from mistakes on "Holy Ghost." Its warbling harmony wraps around the wah-drenched guitar straight out of Seattle; Brandon's grunge-y wail rings out on the hook, "I am not the holy ghost. I won't ever save your soul." There's "believing in something so much" on "Set You Free," which spirals towards a seismic crescendo and emotionally charged guitar lead from Bishop.

Around the psyche-digging lyrics, they are never far away from thunderous rock 'n' roll. "Electrified" kickstarts the album as a rip-roaring livewire anthem. "It's your classic rock 'n' roll tune about Frankenstein boots and being invincible!" Brandon says. There's an epic anti-hero tale on "Without Wings," and then there's "Dance with the Dead." Forgetting your troubles over an irresistible groove, the song struts with high-register harmonies and the infectious chant of "Let's go dance with the dead. They know how to kill it!"

"Golden" is a soaring homage to a god-gone-too soon. "When it came to the lyrics, we collectively wanted it to be a tribute to Chris Cornell," says Brandon. "We're so influenced by everything he and Soundgarden have done. We ran with the song in honor of his legacy."

They made waves with Legend of the Spaceborne Killer [2012], Something Supernatural [2014], and Welcome To Fat City [2016]. However, Motherbrain [2019] represented a high watermark. They've crisscrossed the US and the world in road-warrior style, playing with the likes of Anthrax, Black Label Society, Chevelle, Clutch, Volbeat and more. They've lit up festival bills and the annual Shiprocked! Cruise. "We tour the pockets off of our pants and sleep in our van for half of the year. To some, that may seem like misery, but to us - it's Heaven baby!" the frontman says. Something they highlight on the new song, "Livin' on the Streets".

2019 ended with a US tour supporting Steel Panther, and then Covid19 punched the world in the face. As the Global Pandemic descended upon us, Chris and Dan hunkered down in Austin to jam and cut demos, sending ideas to Brandon back in Pennsylvania. 2021 saw the boys enter Orb Studios in Austin with producer Ruston [Stone Sour, Anthrax, Steel Panther]. Since the world has begun to open up, the band have not stood still. Rat Child EP was released last summer and featured a mighty cast of Frank Bello [Anthrax], Howard Jones [Light The Torch/ex-Killswitch Engage] and Stix Zadinia [Steel Panther]. They've also headed out on headline tours, played ass-kicking performances at festivals such as Rocklahoma, Aftershock, the Jericho Cruise and supported Halestorm.

You'll feel rock 'n' roll comes to life in Crobot's hands. "We never want to make the same album twice," Brandon leaves off. "There is something for every Crobot fan out there as well as newcomers. At the same time, we're having fun. We want to be taken seriously, but not too seriously—because this is monkey hour after all." "That's the fucking line right there," agrees Bishop. "We want you to walk away smiling. If I can make you smile, I've done my job." 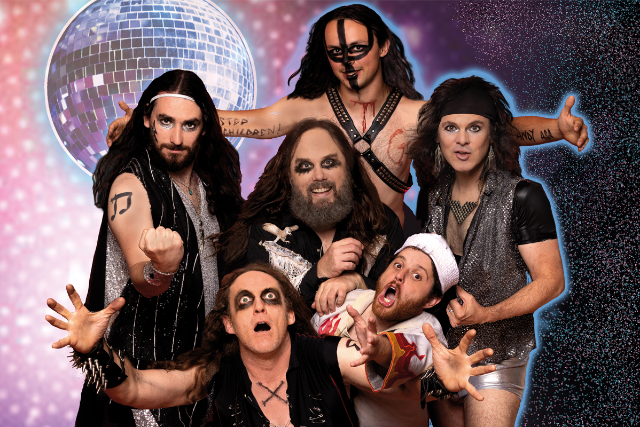 Tragedy: All Metal Tribute to The Bee Gees & Beyond
“Tragedy rocks sweet balls and can do no wrong! They are great fun!”– Bruce Dickinson, Iron Maiden

Tragedy takes disco, soft-rock and pop classics, and completely reimagines them as glorious, red-hot heavy metal. They're sure to get your head bangin’, your booty shakin’ – and put a smile on your face and your fist in the air.

Tragedy’s concept, while subversive and humorous, goes beyond what many have done in satirical music – they celebrate the soul of the original song, even while turning the soundscape on its head. The amps are cranked to eleven, but the emotion is not lost. You discover new meaning in songs that have been a part of your life for as long as you can remember. You laugh and cry. Dance and mosh. And feel newly connected to the disco-metal that was inside you all along.

Tragedy does not lazily rely on the concept or “the joke”. The band plunges deep – blazing musicianship, tantalizing riffs and stunning vocals. All except for Lance the towelboy. He’s just an idiot.

Born out of the impenetrable divide of Disco and Metal, these fearsome brothers fearlessly obliterated the truce line that had been set in the great Disco/Metal Peace accord of 1977 when they seamlessly blended the two genres with their debut album, We Rock Sweet Balls and Can Do No Wrong – a collection of Bee Gees songs redone in a heavy metal treatment reminiscent of Judas Priest, Motley Crue and Guns N Roses. Since then, they have crisscrossed the globe with their spectacular live shows, storming across the USA, Canada, UK, Ireland, Germany, Netherlands, Belgium, France and Switzerland. On subsequent full length albums, Humbled By Our Greatness, Death To False Disco Metal, The Solo Albums, The Joy of Sex, Tragedy Goes to the Movies and #1 Christmas Holiday Party Mix, Tragedy spread their glittered wings to take on non-Bee Gees classics from the disco era, soft rock anthems and party jams. In 2015, Tragedy broke the internet with a viral video featuring their take on You’re the One That I Want from the Grease soundtrack. In 2017, Tragedy’s video for Stayin’ Alive broke the internet once again. In 2019, two albums hit the NACC Heavy Top 10 charts.

In 2021, Tragedy signed a worldwide record deal with Napalm Records. The first album with Napalm is Disco Balls to the Wall – release date July 2021. It has hit the top 10 in Hard Rock/Metal charts in Europe and the US. And a new album is to be released March 3, 2023.